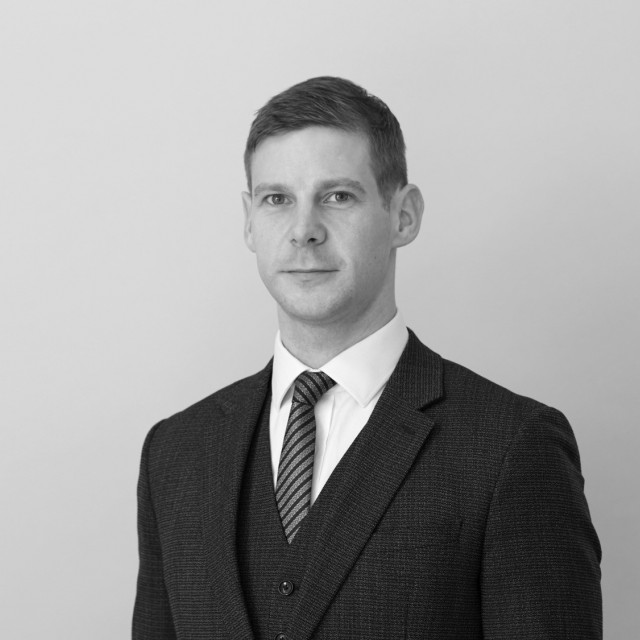 Ben Wells is a Solicitor Advocate. The majority of his work is focused on clients from countries of the Former Soviet Union (FSU) or Commonwealth of Independent States (CIS).

Ben’s practice is centred on disputes. He regularly represents clients in: (i) arbitral proceedings conducted under the auspices of leading arbitration institutions; and (ii) litigation in the English courts. He also sits as an arbitrator where all his cases have a cross-border element.

Ben has a particular focus on sanctions, asset-tracing, contentious trusts and matrimonial disputes.

Ben is an executive committee member of the British-Kazakh Law Association, holds rights of audience at the Astana International Finance Centre (AIFC) and is listed as an international arbitrator with the Russian Arbitration Centre and RSPP.

Ben writes articles which are published internationally as well as having featured in articles for the Law Society of England and Wales. Ben is a frequent speaker at conferences throughout the FSU and CIS.

-      Representing an international energy concern in ICC arbitration against an American engineering company. The engineering company pleaded breach of contract relying on force majeure provisions in relation to export controls and sanctions.

-      Acting for Natalia Rotenberg, defending her against two appeals by (i) Ravendark Holdings Limited; and (ii) Arkady Rotenberg, in the Court of Appeal in relation to a High Court award of a £35 million mansion in Surrey.

-      Acting for a real estate developer in a High Court joint venture dispute in relation to property located in the CIS subject to the English jurisdiction by way of shareholders’ agreement.

-      Representing the minority shareholders of a mining plc in a corporate dispute to the value of £10 billion.

-      Representing a Kazakh Bitcoin mining entity in a dispute with a power producer following the illegal confiscation of Bitcoin producing servers.

-      Representing two BVI holding companies involved in a Cyprus joint venture dispute over a major CIS mining company. In this high-stakes shareholder dispute, CANDEY's clients successfully secured a LCIA arbitration final award in their favour The value of our clients' claims, including the value of the underlying asset, exceeding $500 million.

-      Representing ultra-high-net-worth individuals (UHNWI) to challenge their UK sanctions designations. Compiling sanction review requests and submitting them to the Foreign, Commonwealth & Development Office (FCDO) in accordance with their statutory rights under s23 of the Sanctions and Anti-Money Laundering Act 2018 (SAMLA);

-      Managing licence applications for companies, trusts and UHNWIs. Interacting with the Office of Financial Sanctions Implementation (OFSI). Advising clients to assist them to adhere to the sanctions regime.

-      Representing PL Germany GMBH in its successful judicial review of OFSI’s lack of response to a licence application that would have resulted in the bankruptcy of the client entity. Believed to be one of the first cases of its kind.

-      Representing an international IT company to challenge its sanctions designation in a claim against the Secretary of State for Foreign, Commonwealth and Development Affairs. The first case of its type to be heard in the High Court.

-      Representing one of the largest private financial institutions in Southeast Asia and its shareholders with respect to financial sanctions imposed by the UK and US. Providing advice on a voluntary self-disclosure of a potential sanctions violation; updates to company’s sanction compliance policies.

-      Representing an automotive company to challenge closure of its bank accounts held by an English plc on the basis of unfair discrimination; seeking injunctive relief.

-      Advising an American fund on the applicability of sanctions to a large real estate sale.

-      Unfreezing wrongly blocked transfers of funds on behalf of individuals and companies. OFSI and OFAC applications.